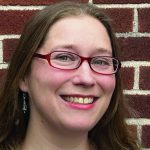 Kanninen was formerly employed by Stewart’s Shops, working across upstate New York. She also spent close to a decade working in the wine and spirits field, most recently as a territory sales manager,

She moved to Warren in 2009 and became a Glens Falls homeowner in 2021. She is a long-term community coordinator for the Red Cross Blood Program, as well as a five-gallon donor herself. She is also an ambassador for C.O.R.E., Children Of Restaurant Employees. 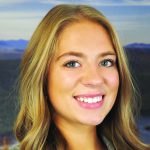 The LGRCVB is a division of the Lake George Regional Chamber of Commerce  and serves as an extension of the Warren County Tourism Department to promote year-round group business.

Carroll, of Granville, is a graduate of SUNY Plattsburgh. She began her professional career at Country Meadows Barn in Fort Ann, serving  as a wedding coordinator. She continued her career in the weddings industry at Kate Taylor Weddings & Events, where she served as an assistant coordinator, directing wedding day events, ceremony timing and coordination of all vendors on site.

Her new role involves servicing and supporting all conventions, sporting tournaments and meetings booked and assisted by the LGRCVB sales team and contributing to developing and delivering meeting/convention services. She will work closely with the sales manager, reunion/sports coordinator, marketing coordinator. These services include but are not limited to the coordination of pre-event services and attendance building marketing, providing attendee resources, executing press and media on the event, registration and logistics during meetings/events, as well as post-event follow up.

Frost, of Queensbury, is a SUNY Potsdam graduate. She will be responsible for the evaluation of the Chamber’s dues structure, membership collateral and recruiting efforts to grow the Chamber’s membership.

She will also be responsible for advertising sales opportunities in the Chamber’s annual Four-Season Guidebook, internet sales and brochure display sales at the Village Information Center on the corner of Beach Road and Canada Street in Lake George.

She started her professional career in Syracuse at Techtronic Industries, completed a sales training program and managed a team of 12 representatives for five years. Upon her return to the area, Frost began her career as a real estate salesperson for Julie & Co. Realty.

Raymond, who has more than a decade of experience in talent management, will design, implement and manage effective hiring strategies for candidates across the company’s seven-state footprint that align with NBT Bank’s business goals.

Most recently, Raymond served as talent acquisition operations manager for Oneida Nation Enterprise. Prior to that, she was the division manager for an accounting and finance staffing firm.

She holds a bachelor’s degree in business administration from Nazareth College and has received numerous awards for her work. Active in her community, Raymond volunteers at the Boys & Girls Club and with the Wounded Warriors Project.