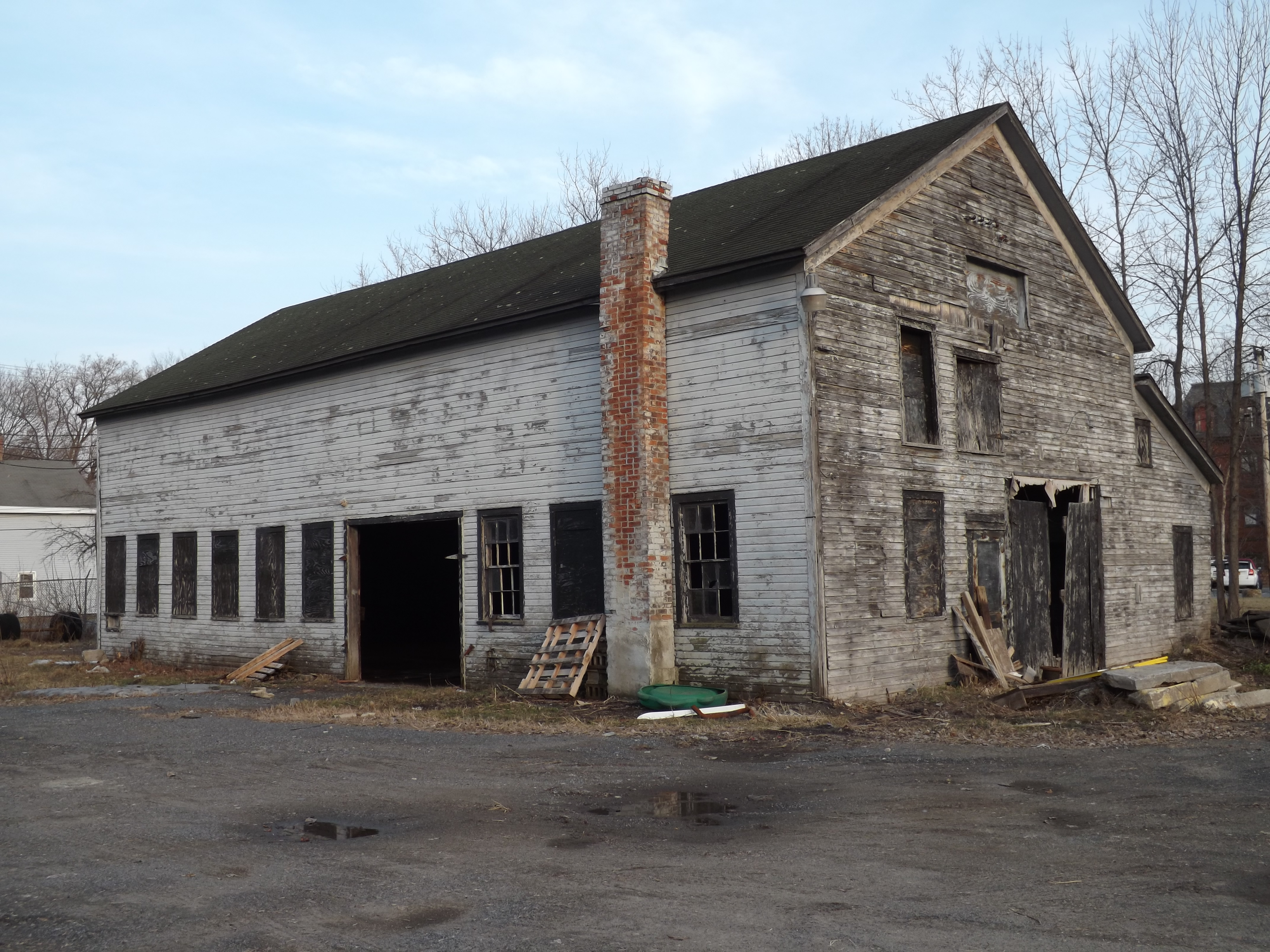 A plan is underway to turn an old barn that
sits behind the Fort Edward Town Hall — said
to be some 200 years old — into the Fort Edward
Canal Street Marketplace that would be used as
a farmers market location and gathering place.
Officials said the project could start later this
year or early 2015.

Darlene DeVoe, a village trustee, said the
proposed development of the site, from idea
conception to plans for volunteer construction
crews, is a strong grassroots effort.

While other area villages are the subjects of
dissolution votes, in Fort Edward, enthusiasm is
high for the village’s establishment of Canal Street
Marketplace, she said.
The idea was raised by village officials in about 2008, amid discussion of implementing the village’s 2005-2006 Master plan. Enthusiasm and much hard work in grant submission, much of that by DeVoe, brought matters to final design decisions.

She estimated four to five months of community volunteer labor could bring the idea to fruition by fall of this year. The site was occupied by a dilapidated Department of Public Works garage and a barn.

The garage was torn down. The barn will be substantially improved to provide indoor space for eight to 10 farmers market vendors, restrooms and storage space.

The hazardous substance assessment revealed that the barn’s walls contained non-friable asbestos panels that need to be removed.

Total funding from all sources is about $300,000. There are other private donors as well.

Beyond that, local plumbers and steamfitters, bricklayers, and carpenters unions have volunteered labor for the project. A sign-up sheet for others who would like to offer their volunteer services is available at the Village Offices at 118 Broadway.

The barn will require, “some minor stabilizing,” said Andy Allison of AJA Architecture and Planning, which has provided a portion of its services free to the project.

Allison said the existing frame is being fireproofed. Plumbing will be added for the restrooms. It will be heated and air conditioned to allow four season use. Insulation will be added to make the building energy efficient, while the interior will feature exposed timbers. New colors and a new roof will among the exterior work.

DeVoe, meanwhile, said she is thrilled with the momentum that the Canal Street Marketplace has created in the village. She said the atmosphere is one in which “excitement is high and skepticism is low.”

She looks forward to capitalizing on the credibility that village officials have established in going forward with the project as the village begins to move on the redevelopment of the former Grand Union site. Her hope is for Fort Edward to once again have a grocery store apart from convenience stores, providing residents with a wider selection of choices.

To contact DeVoe about the project, call the Fort Edward Village offices at 747-4023. The village’s website address is villageoffortedward.com.

Allison can be contacted at AJA Architecture and Planning at 792-1651. Their website address is ajaarchitecture.com.