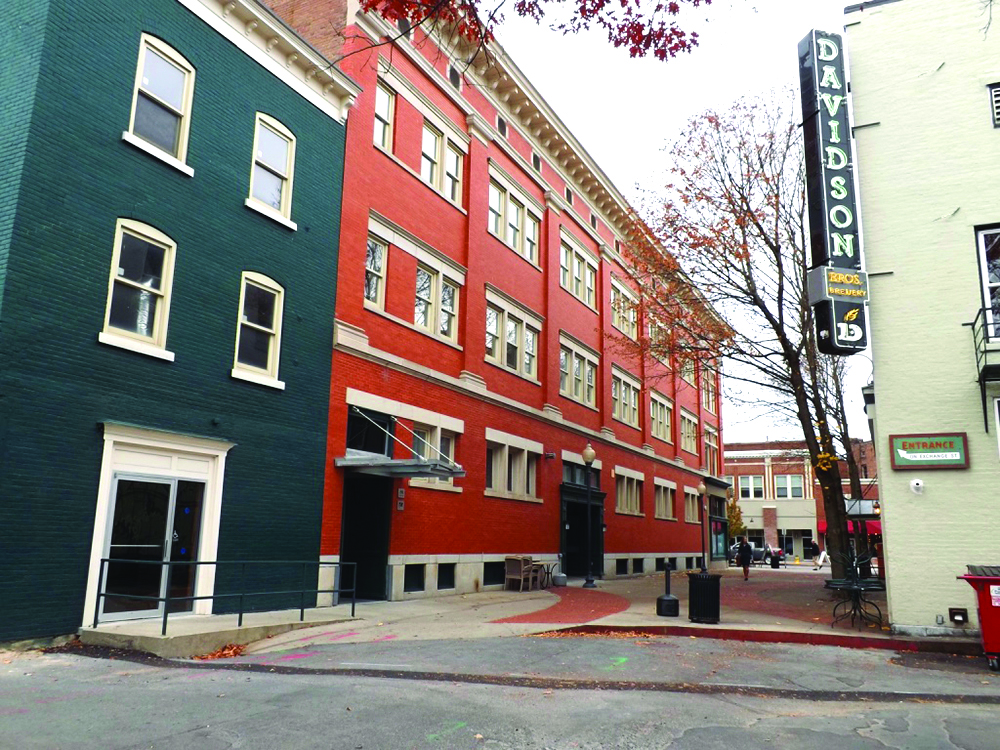 This pedestrian walkway between the Fowler Buildiing, left, and Davidson Brothers may be
spruced up with LED lighting if the city agrees to the proposal that would improve the ambiance.

If the new owners of the Fowler Building at 190
Glen St. in downtown Glens Falls have their way,
the pedestrian walkway between the building and
Davidson Brothers restaurant–known as Exchange
Street–will have a new look.

JMZ Architects and Planners bought the Fowler
building on Sept 1. TenÃ©e Casaccio, company
president, said a plan to install strings of LED lights
between the two buildings, about 16 feet off the
ground, would enhance the ambiance of the area
and provide more safety because of the lighting.

Casaccio also said that the ground floor of the
historic Fowler Building, that used to house Aimie’s
Dinner & Movie, will be leased by Heather O’Neill, a
veteran of the local dining scene and operator of the
Old Post Grille at the outlet center in Queensbury.

Some renovations of that space will take place
prior to reopening.
The LED lighting is subject to approval of the
Common Council. The owners of the two buildings
would pay for the cost of installing and operating
the lights.

Casaccio said it has the support of the EDC
Warren County and the Glens Falls Business Improvement
District. Developer Peter Hoffman and
the Lower Adirondack Regional Arts Council have
endorsed the project.

Casaccio said the term “European feel” has been
attached to the Exchange Street walkway proposal
“because I’ve seen it quite often in Europe, [specifically]
in Spain and France.”

She is in hopes the Council will agree with the
concept and give a boost to a downtown Glens Falls
which is blossoming.

The walkway is expected to have increased
pedestrian traffic when developer Bonacio Construction
completes its mixed-use commercial and
apartment complex next to Glens Falls Hospital.
Construction of that facility just recently started.

The partners of JMZ recently formed Fowler
Building Associates, a limited liability corporation
that bought the Fowler Building. They have been
tenants there for about 14 years. The architects occupy
the second and third floors of the three-story
building.

Regarding the renting of the ground floor, Casaccio
said, “We were really relieved to have a tenant.
But it’s one thing to have a tenant, and another thing
to have one as wonderful as Heather” who has a lot
of experience running restaurants.

O’Neill could not be reached for comment at
press time.

Casaccio said she hasn’t fully reviewed the plans
for the new restaurant, but it appears as though
some of the space that was used to run films will
be used instead as a live entertainment spot, “which
is a nice thing.”

According to other media outlets, the O’Neill
family will close the Old Post Grille at the end
of December and hopes to be running the new
restaurant sometime in December. There are plans
to keep some customer favorites on the menu and
add new ones to it.