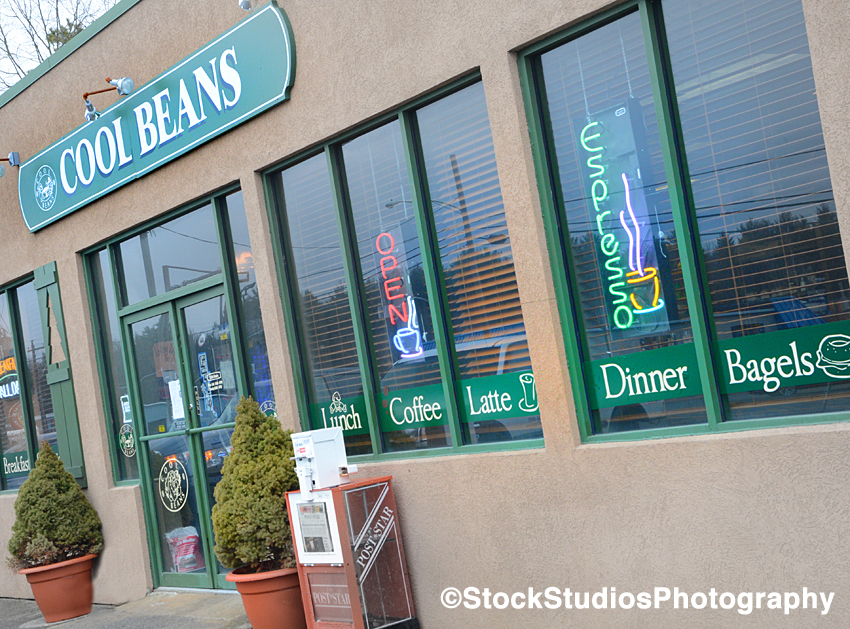 He and his brother Mickey opened the original Cool Beans in 1994 on South Western Avenue in Queensbury.

“I was equipping and selling to dozens of espresso bars from Albany to Plattsburgh and Vermont. We had an extra building and decided to try one ourselves in that building and the first Cool Beans was born,” says Jamie.
Now there are three Cool Beans stores: the original in Queensbury, Cool Beans II a bagel factory, and the newest store, Cool Beans III at at 297 Saratoga Ave., South Glens Falls. Cool Beans III opened in December and is off to a great start. Like the other stores, it serves various beverages, such as cappuccinos, flavored coffees and the signature Cool Brew. They also serve breakfast sandwiches and wraps and a lite fare quick-serve menu. Cool Beans III also has a drive-thru window service.

Cool Beans is locally owned and they buy product locally whenever possible.

“The coffee and breakfast business is a loyalty business so the regulars are absolutely key to succes,” said Hayes. “Our staff knows many people on a personal level and are part of their daily lives. Some have been with us for 19 years. It is a family owned business and we like to poke at the big chains sometimes with our advertising.”