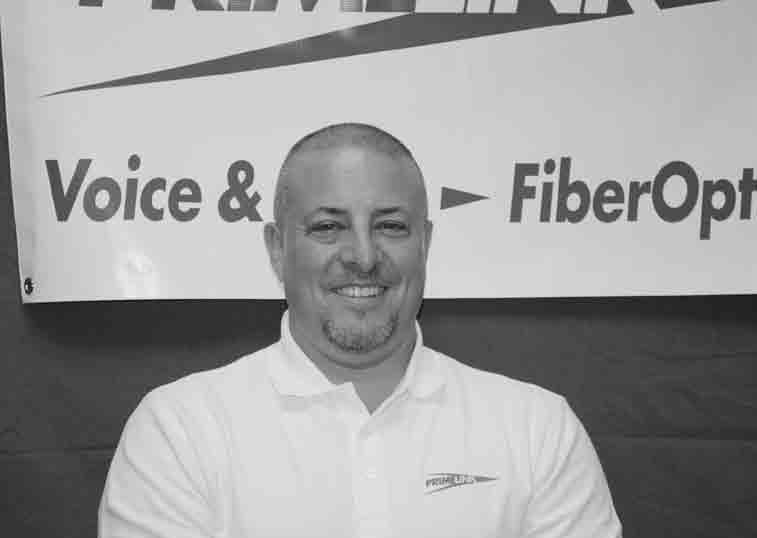 Mark Sidoti is an account executive with PrimeLink Inc., managing business development efforts for the company in Saratoga, Warren and Washington counties

PrimeLink Inc., a telecommunications
company based out of Plattsburgh, is
making a big move into the industry in
the region and has hired Mark Sidoti as
an account executive, managing business
development efforts in Saratoga, Warren
and Washington counties.

Sidoti was most recently an account
executive with Time Warner Cable Business
Class and brings more than 20 years of
diversified business to business sales experience
to the telecommunications company.
“PrimeLink is very pleased to have Mark join our team in the Adirondack region,” said Greg McConnell, president of Primelink. “Hiring people with extensive knowledge of the industry is imperative as PrimeLink continues to grow and expand its infrastructure into the Glens Falls region and beyond.”

Soon after PrimeLink was established, the company was contracted to build a fiber optic backbone that extends along the railroad bed from Montreal, Quebec to Albany. According to the company’s website, PrimeLink has built and maintained its own local communications network, developing skills to battle harsh climates and the rocky topography of upstate New York.

“The first off-shoot from this backbone was a fiber loop built throughout the city and town of Plattsburgh,” said Victoria Marking, marketing manager for the company. “Saratoga, Warren, and Washington ounties are now the second extension. Mark will act as the main contact for all the business clients in this region, offering support and guidance tailored to their specific needs. ”

While the rest of the sales team divides their time between Plattsburgh and the Glens Falls area/Saratoga markets, Sidoti will focus solely on the southern markets.

Prior to working for Primelink, Sidoti held positions in the insurance and payroll industries serving Saratoga, Warren, and Washington counties. He has a degree in business administration and has been active in the Adirondack Regional Chamber of Commerce, ARCC Membership Committee, Saratoga Chamber of Commerce and Adirondack Business Council.

“Mark will be key in building strong business relationships and developing voice and data solutions for clients from PrimeLink’s range of products and services,” said Marking.

For more information about PrimeLink’s services, contact Sidoti by cell phone at 324-9320. His e-mail address is msidoti@ primelink1.com.