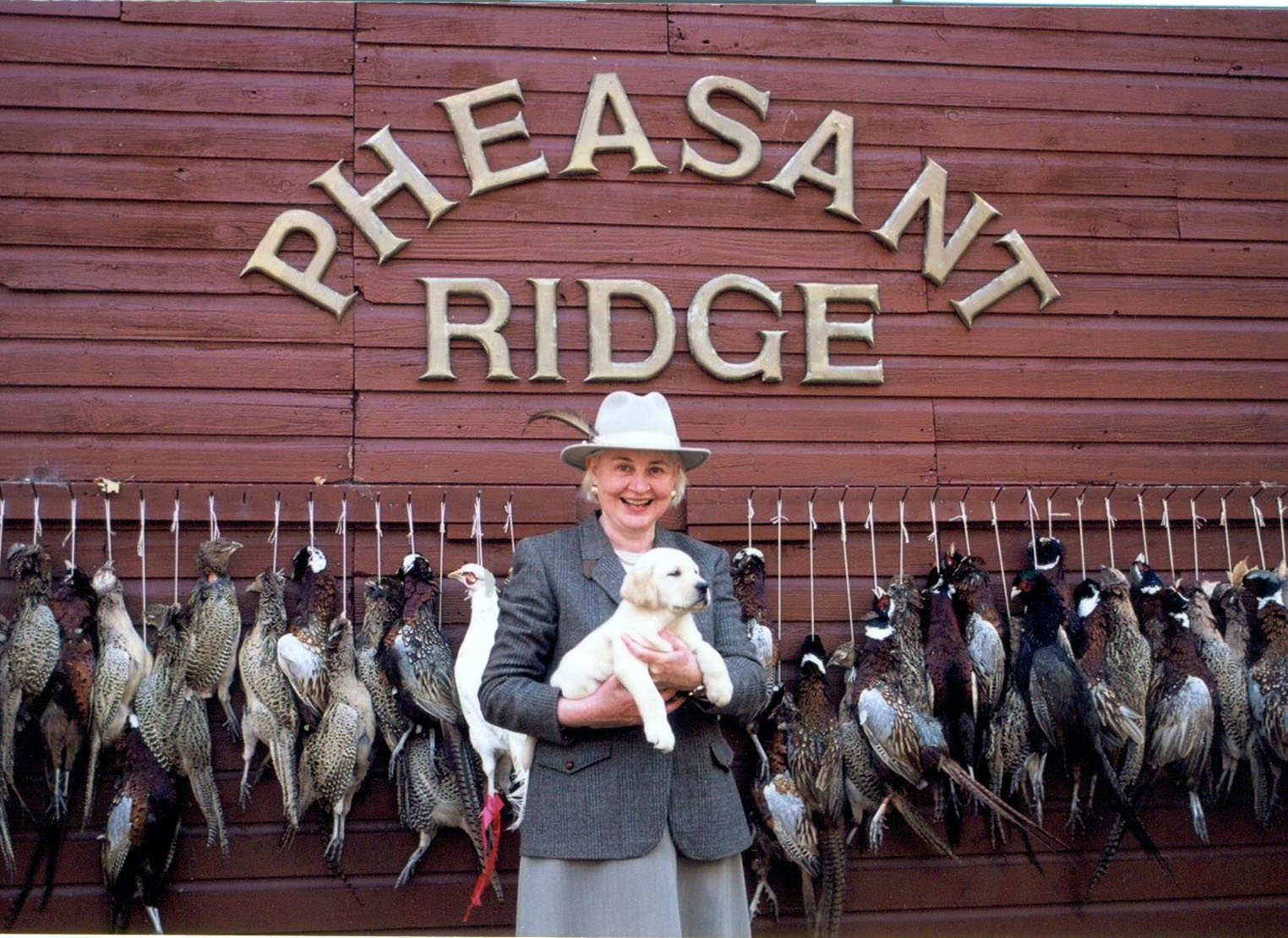 Virginia Mallon is the owner of Pheasant Ridge Shooting Preserve in Greenwich, where hunters can participate in a ‘continental’ hunt from mid-September to mid-November.

On a sunny weekend this fall, with the fall foliage at its peak, Pheasant Ridge Shooting Preserve in Greenwich celebrated its 20th anniversary.

In the foothills of the Adirondacks between Saratoga Springs and Manchester, Vt., Pheasant Ridge is an exclusive hunting preserve which specializes in English-style continental pheasant hunts with champion retriever dogs from the Dogs for All Seasons Club.

After coffee and homemade pastries, Mallon began the day with the participants warming up their guns on clay pigeons, launched from a battery of machines set up at the back of Pheasant Ridge’s 100 acres. When the clays were gone, the shooters returned to the barn for more cartridges and a final safety briefing. Then each gun took his assigned position, or peg, to await the real thing.

After every release of pheasants, shooters change pegs, so that by the end of the event, everyone has shot from each of 12 positions arranged in a large irregular circle on a wooded hillside, the owner said. 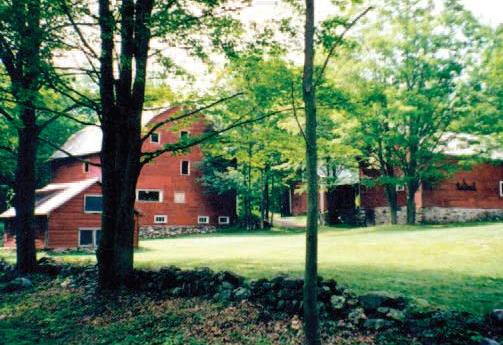 Pheasant Ridge Shooting Preserve in Greenwich, nestled in the foothills of the Adirondacks, can also be used for country weddings in addition to pheasant hunting

She explained each position has two guns assigned to it, who then have to decide: Take turns like gentlemen; shoot together, to improve the odds; or try to beat each other to the punch? The pheasants fly fast and high above the trees, and many escape untouched. Those that are brought down later wind up as food on the shooters’ tables.

When the last feather had floated to earth, the hunters gathered with family and friends for lunch catered by Boneyard BBQ in Greenwich.

The special day ended with a dress dinner in Pheasant Ridge’s newly renovated 19th century gallery barn. Mallon took the occasion to thank her regulars, the guests and volunteers who have “contributed so much to our success for the past 20 years.”

Mallon is a former Pan American Airways executive who moved to Greenwich in 1992 and hosted her first “Vintager” shoot a year later. Her volunteer “gamekeepers,” Randy Croote and Steve Donbeck, of Saratoga County, have been with her ever since, manning the clay-pigeon throwers and working with the participants to encourage good sportsmanship and safe shooting.

Other regulars include “Shooting Sportsman” magazine editor-at-large Silvio Calabi, Pheasant Ridge’s master of the hunt for 18 years, and Beth Anthony, who has been involved with the club’s operations and catering functions for the past 15 years.

“We live on the coast of Maine,” Calabi said. “It’s a long drive, but my wife and I love coming over here every October. The scenery is magnificent and, more to the point, we’ve become close friends with Virginia and many of her regular clients.”

“Each season, Virginia has improved something here, whether it’s renovating the barns, clearing the stone walls and walking trails, or making the shooting a bit more sporting. Pheasant Ridge has become of one of the best shoots in the Northeast,” he added.

Pheasant Ridge offers novice and veteran hunters the opportunity to participate in a driven-style continental hunt from mid-September to mid-November. It offers private pheasant shoots for hunting parties and even your company’s corporate retreat. Open hunting events are also scheduled for public participation.