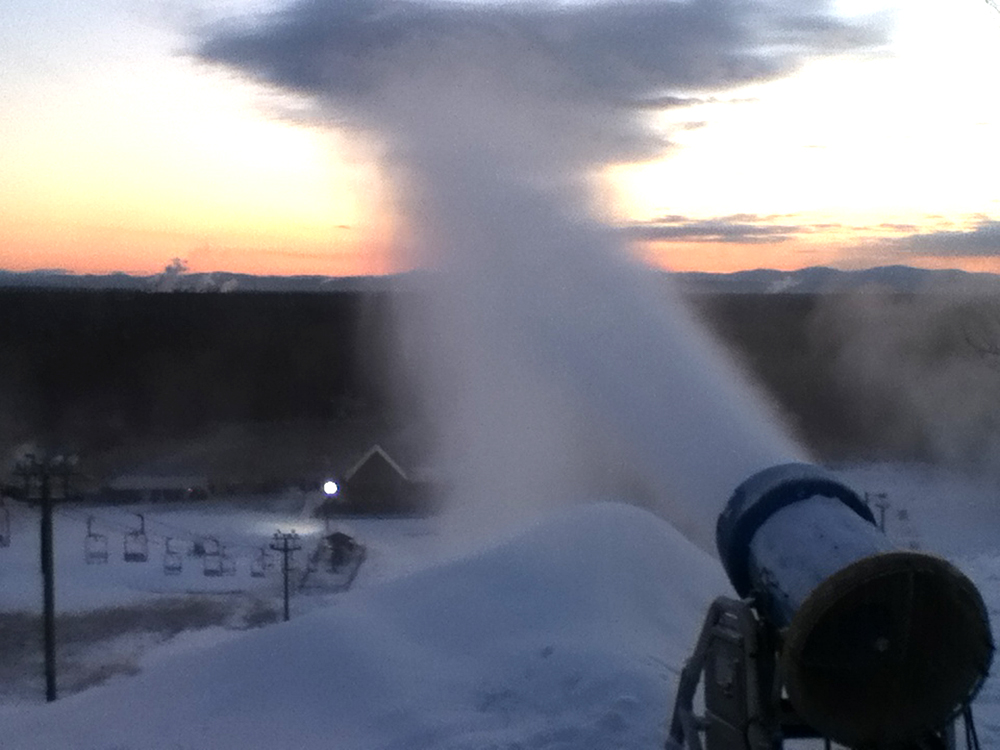 A snow-making machine does its work in the early morning at West Mountain, which opens this month under new ownership bent on making it a top-notch facility

A man who started skiing at West Mountain
as a child is engaged in the skiing
facility’s rebirth and opened the mountain
this month for customers.

Spencer Montgomery, who is buying
the facility and some surrounding acreage
through his Apex Capital LLC company,
has been working to revive the ski center
since the summer. Snow making began in
late November and a open house, featuring
some ski trails open as well as tubing areas,
took place Dec. 14.

Montgomery, the youngest of six kids,
started skiing when he was 3, he said. He
grew up near West Mountain and skied
there for years. His life and business took
him away from the area for about 17 years,
but he returned a few years ago. A friend of
the Brandt family that owned the mountain,
Montgomery decided he wanted to revive
the facility and submitted a mission statement
in early 2012 containing “what my
thoughts were and how to turn it around.”
It was satisfactory, but there was also a matter of the finances of the facility that were problematic. West Mountain was in Chapter 11 bankruptcy. But through Apex Capital, Montgomery’s company, he was able to become the mortgage holder.

He said the reorganization in bankruptcy court should be approved this month. It has allowed him to move the project forward. But Montgomery and his team have been working steadily since the middle of August.

He said skiers returning to the slops will definitely notice the improvements and added amenities. But one of the key things to the new owner is customer service, “making sure everyone who comes here is appreciated and welcome here.” “We’ll get people back pretty quickly,” he said.

“The ski center has an incredible location,” said Montgomery, and has the potential to attract people from all over the state, as well as Canada, New Jersey and around the northeast region. “It should become a very profitable venture … Location-wise, you can’t beat West Mountain. It has some of the best terrain anywhere.” 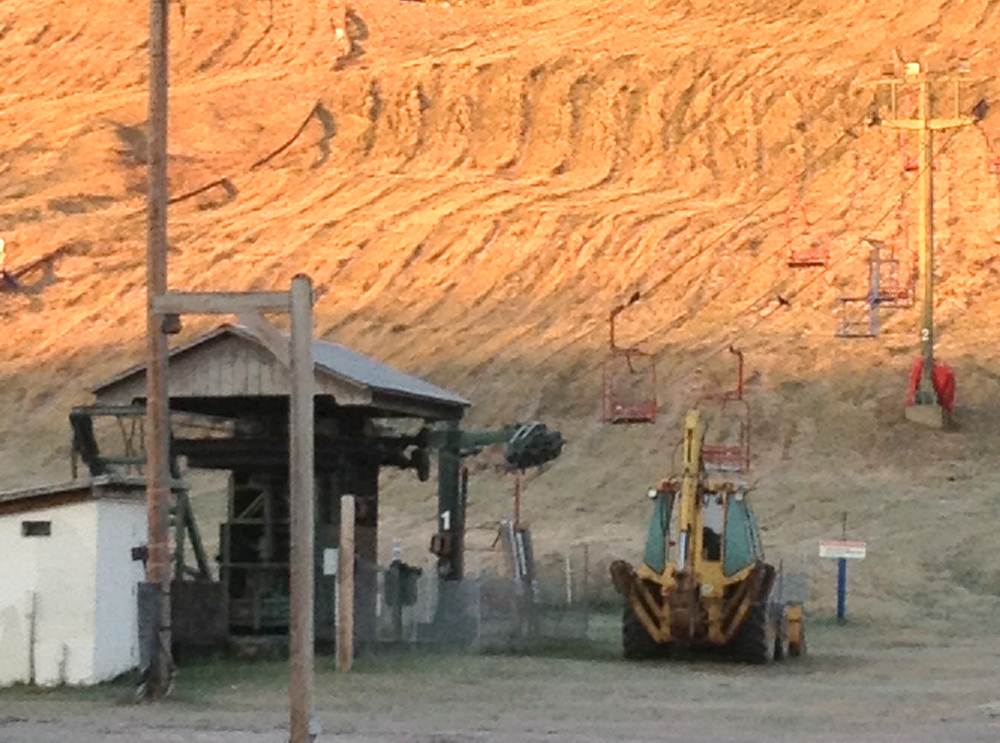 He said over the last few months about $400,000 has been invested in the mountain and more investment will be made.

Crews have rebuilt the snow groomer, remodeled the ski lodge, repaired the roof, painted rooms, re-done the bathroom facilities and refurbished the chairlifts. The snow guns were rebuilt, and put into operation. He said large sections of the mountain had to be mowed, much of which hadn’t been done in years, and trails were widened, involving considerable brush cutting.

New four-wheel vehicles for staff and new snow machines were purchased and the ski patrol building was refurbished as well.

The pro shop and ski rental portion of the business has been farmed out to the Sports Page Ski & Patio in Queensbury.

The new dining service will be overseen by Heather O’Neill, who is co-owner of the Olde Post Grille in Lake George. She will be an employee of West Mountain, said Montgomery. “She’s already done wonders with the menu,” said Montgomery. There will be burgers and soups, basic pub fare and more. There will be sit-down dining and a bar area where people can also eat. “It will be skier and user friendly,” he noted. There is also high-speed wireless Internet access.

There are three parts of the project Montgomery is addressing: the ski center (about 400 acres), the top of the mountain and the Luzerne Preserve behind it – land that could become housing one day for what he calls a “ski-in, ski-out experience.”

Montgomery has reclaimed about 1,200 acres so far, which includes the top of the mountain and a plateau behind it. “I wanted to bring the land back together with the ski center. They’d been separated years ago,” he said. In his plan, the ski center “is the economic driver.”

Future plans call for condos and homes on the top of the mountain, as well as the addition of a mountain-top ski lodge. He knows those are big-ticket items that will take time to develop, but Montgomery expresses confidence that with the right promotion across the northeast, his vision can happen.

“It’s a great project and there’s a lot of local support for it,” said Montgomery. “It’s a fun project. If we can get though this year, I think we can turn the corner.”