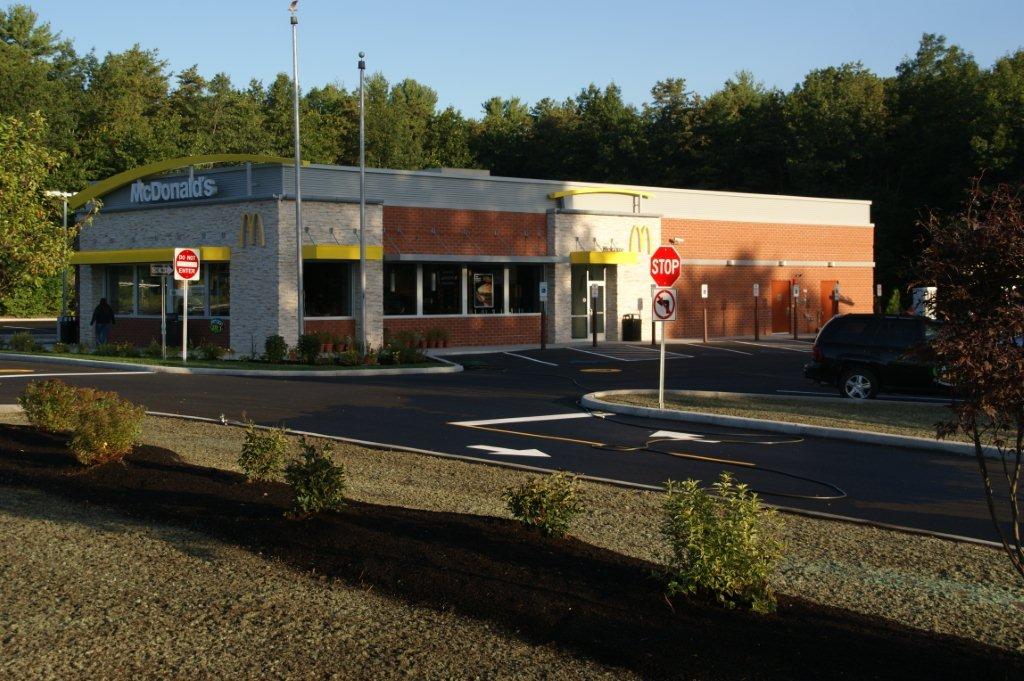 Construction and renovation of various McDonalds restaurants in the region, like this one completed last summer in Queensbury, is the bulk of business for Hunt Companies.

Hunt Industries Inc. in Argyle has billed itself as a builder of commercial and residential structures since it was founded in 1986. But owner Dennis Hunt readily states that in the last few years, doing work for McDonald’s Corp. is what keeps the company extremely busy.
That’s a trend that he expects to continue at least about two years out into the future. Hunt started the company as Hunt Construction Services in Argyle, locally constructing residential and light commercial projects. In 1990, the company was incorporated under Hunt Companies Inc., reflecting two divisions: one general contracting for national corporations like McDonald’s and Fazolis; and the other a fabricator of solariums and panelized homes throughout the Northeast.

“Most any of the stores being built in the Capital region, we’re doing it,” Hunt said of his association with McDonald’s.

Among them is the new restaurant at 364 Dix Ave. in Queensbury, which could be open later this month.

The company did the work on the McDonald’s at Northway Exit 18 in Queensbury, a job which was completed last summer.

While he has been doing work for that corporation for a while, “it’s doubled in volume over the last few years,” Hunt said, to the point where the company is doing nothing else, yet constantly busy. He said the projects pump a lot of money into the communities where the work is done. He uses local contractors and subcontractors for specific projects.

Last year, he did eight McDonald’s, two in Vermont and six in the Capital District. He said it injected about $8 million into the economy, $6 million of that in the Capital Region.

Hunt does work for the McDonald’s group from Northern Vermont down to the Catskills and westward to almost Utica.

“It’s a major investment for the operator” of the franchise, Hunt noted. “Between the hard costs of construction and the cost of equipment, it’s around $800,000 per store.”

One of the projects that could begin, perhaps in March, is building the McDonald’s in Waterford, which burned down in December, attributed to a grease fire in the early morning hours.

Stores scheduled for remodeling, which includes upgrades, modernizations and more are schedule for Fort Edward, Greenwich and Malta.

Hunt said the McDonald’s on Upper Glen Street, Route 9, Queensbury, is slated for a re-build, but is still in the planning stages.

“I’m not sure if that one is going to start this year or not,” said Hunt.