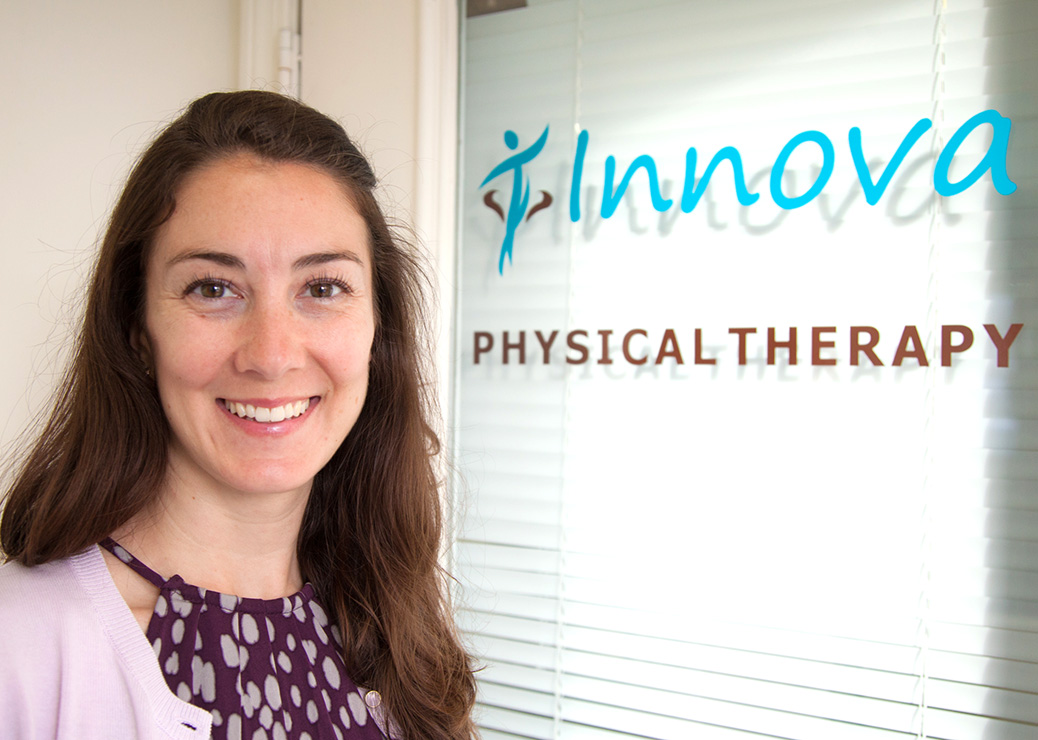 Shannon Regner operates Innova Physical Therapy in Queensbury, a practice she started in November that specializes in treating dysfunctions of the pelvic floor and related issues

Shannon Regner has launched a healthcare
practice that is unlike any other in the North
Country.

Regner opened Innova Physical Therapy, at
357 Bay Road in Queensbury, in November. The
practice specializes in treating dysfunctions of
the pelvic floor, the group of muscles, nerves
and connective tissue that support the internal
organs of the trunk and pelvis.

“Looking around and researching, I realized
there is no one in this northern region–Glens
Falls and north–who specializes in the pelvic
floor,” she said. “So that’s what got me thinking
“gee, I could do that on my own. No one else is.’ ”
Innova also is somewhat unique in that it is a
cash-only business. Regner said that by freeing
herself of the hassles and restrictions of dealing
with insurers, she can reduce her overhead and
give patients the care they need for as long as
they need it.

“And what it does, it puts a lot of the work
into the [patient’s] hands,” she said. “They are
paying out of pocket, so they are going to really
make it be worth their while. They are going to
do what I recommend and they are really going
to put their hearts into it.”

Regner first became interested in her line
of work as a senior at South Glens Falls High
School, when she had the opportunity to shadow
a pelvic surgeon and “I just found those things
fascinating.”

She obtained her master’s degree in physical
therapy from Russell Sage College in Troy, and
spent the next 10 years at Glens Falls Hospital.
“But just always had a passion for doing
women’s health, and wanted to try doing something
on my own,” she said.

Her practice is not limited to women, although
many pelvic floor issues are more common in
women because of pregnancy and childbirth.
Common conditions in both genders include
muscle weakness; overactive muscles; poor posture; injury stemming from pregnancy, childbirth,
chronic coughing, repetitive lifting or surgery;
and medical conditions such interstitial cystitis,
pelvic organ prolapse, and enlarged prostate.

These conditions will often lead to pain in
the pelvic region, urinary or bowel incontinence,
difficulty urinating or constipation.
While many people with such issues will see
a urologist, Regner said physical therapy often
helps people avoid surgery or medication.
“It is a more conservative, more wholistic,
approach” she said. “That is one of the biggies.
People who want to avoid surgery and medication,
they are the ones who are going to come
to me.”

In the past, these people were most often sent
to Albany for treatment.
“So when I tell people I am doing this they say
‘oh that is so wonderful! I was told to go to Albany
so it is great knowing there is somebody in the
North Country who does this.’ ”

Regner charges $100 for an initial, hour-long
evaluation, and then $75 for each follow-up treatment
session, which also typically lasts an hour.
“Because they pay me up front they can have
a longer session. I am not trying to squeeze a
bunch of patients in,” she said. “I can give them
really good care for that hour.”
This allows her to see people less frequently
than she would if sessions were shorter. Many
patients see her just every other week.

Although she does not accept insurance,
Regner said patients can submit claims to their
insurer and be reimbursed. They can also pay her
using the tax-preferred health savings account or
flexible spending account often associated with
high-deductible health plans.

“So in the end, it really shouldn’t be costing
them more. In fact, it’s funny, sometimes when
you calculate they can actually save money if
they submit it themselves. So it’s a win-win for
the patient and the practice.”