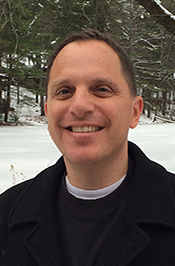 Brown has worked in the land protection
field for over 10 years, most recently as
the director of land protection for Ducks
Unlimited out of their headquarters in
Memphis, Tenn. Prior positions also include
conservation director at the Frenchman
Bay Conservancy in Hancock, Me., and land
preservation specialist at the Morris Land
Conservancy in Boonton, N.J.

“Nancy has built the Lake George Land
Conservancy into a strong and solid land
trust,” said Brown. “I am humbled, honored,
and excited to be LGLC’s next executive
director.”
In addition to receiving a Bachelor of Arts
degree from Boston University and master’s
degree from the University of Maine, Brown
has a law degree from Seton Hall University
School of Law. As an attorney, Brown practiced
law for five years in the areas of real
estate, land use and municipal law.

“I am really moved by the obvious dedication
of LGLC’s donors to protecting the
lake,” said Brown. “So many people have
generously supported LGLC, in the form
of providing the extra bit needed to move
specific land protection projects forward as
well as the annual support that allows LGLC
to fulfill its mission.

“But what has really impressed me is
their collective connection to the lake. I
find these close ties to the lake and the
community to be such an important part of
our work, and I really look forward to visiting
with donors and hearing their stories about time spent on and around Lake George. I also
look forward to hearing their ideas for how
we can continue to build on what they and
LGLC have already accomplished.”

Brown said he is not a stranger to the Lake
George region. Having grown up in rural
northwestern New Jersey, he frequently
visited the Adirondacks as a kid, and later
would often stop to admire the lake on his
way to his wife’s family farm in Addison,
Vermont.

Gatherings will be scheduled over the
next few months for the public to meet
Brown. The public is also welcome to visit
any staff at the LGLC office at 4905 Lake
Shore Drive in Bolton Landing, during
regular business hours, Monday-Friday, 9
a.m. to 5 p.m.