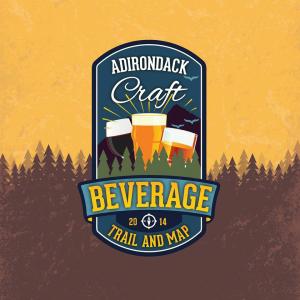 The Adirondack Craft Beverage Trail–
hailed as a strong, growing tourist attraction
in the region–got a financial shot in the
arm recently when Empire State Development
(ESD) announced a $168,300 grant to
help boost its promotion as a craft beverage
destination in New York state.

The Adirondack Regional Chamber of Commerce
(ARCC) was awarded the funds from
ESD’s Craft Beverage Industry Tourism Promotion
Grant program to create an updated
map of the beverage trail, which will directly
connect visitors to the 22 participating craft
beverage producers, and launch a new mobile
app and website of the Beverage Trail.

The Chamber will market the growing
Adirondack Craft Beverage Trail throughout
New York, and in Massachusetts, Connecticut
and New Jersey to encourage increased visitation
to the region and support of the thriving
craft beverage industry.
“Tourism is the fourth largest employer in
New York State,” said Empire State Development
President, CEO and Commissioner How ard Zemsky at an event in April at Davidson
Brewery in Queensbury. “Agritourism draws
millions of tourists to New York every year
and events like the Adirondack Craft Beverage
Trail are a driving factor for continued
success and economic vitality in the North
Country.”

Adirondack Craft Beverage Trail project
coordinator Greg Chanese said the grant
“will go a long way in enhancing the initiative
started in 2014 and help us reach the goal of
branding this region as the craft beverage
destination in New York.”

These new resources will allow residents
and visitors to easily find and access the
area’s craft beer, wine, spirits and cider producers.

A free mobile application that was developed will give turn-by-turn directions
leading to the craft beverage makers in the
region and includes a “push” notification
feature alerting travelers when they are
within a specified mileage (15 miles) of any
of these makers.

Chanese said a complimentary paper map
will also be published highlighting the craft
beverage producers in the region and will be
distributed through strategic distribution
channels.

A new website, www.AdkCraftBev.com,
is being developed and will link all of the
initiatives together. It will include direct
links to the map, the mobile application and
information on the craft beverage producers.
The new website, being developed by Black
Dog Designs in Glens Falls, is expected to
launch around Memorial Day weekend and
the mobile app will launch around the Fourth
of July weekend.

Additionally, the Adirondack Regional
Chamber of Commerce has partnered with
Warren County Tourism, Washington County
Tourism, the Saratoga County Convention
and Visitors Bureau, the Saratoga County
Chamber of Commerce and other private
sector partners to help expand the marketing
of the program through participation
with tour companies, trade shows, and expos
throughout the year.

“Consumers look for trails as a defined
way to navigate and explore a niche they are
interested in, whether it is a craft beverage
trail, a haunted history trail, Lakes to Locks
Passage, or the Dude Ranch Trail,” said Director
of Warren County Tourism Department
Kate Johnson. “Trails work well from a tourism
standpoint as far as exposing a broader
territory for exploration, thus allowing a local
or traveler to experience more of our area
than they might have.”

The Craft Beverage Industry Tourism
Promotion Grant program is a result of the
governor’s commitments made at the second
Wine, Beer, Spirits & Cider Summit to continue to support and provide resources for
this growing industry.

Also available is a $2 million Craft Beverage
Marketing and Promotion Grant program
created to increase the profile, awareness
and sales of New York State produced wine,
beer, spirits, and hard cider. Up to $500,000
is available to eligible not-for-profit organizations
to help cover the costs associated with
marketing the craft beverage industry.

Applicants must incorporate the Taste
NY initiative. Funding is provided by Empire
State Development in coordination with the
state Department of Agriculture and Markets.
For more information on the Craft Beverage
Industry Tourism Promotion Grant and the
Craft Beverage Marketing and Promotion
Grant programs, visit www.esd.ny.gov/BusinessPrograms/CraftBeverageGrantProgram.html.