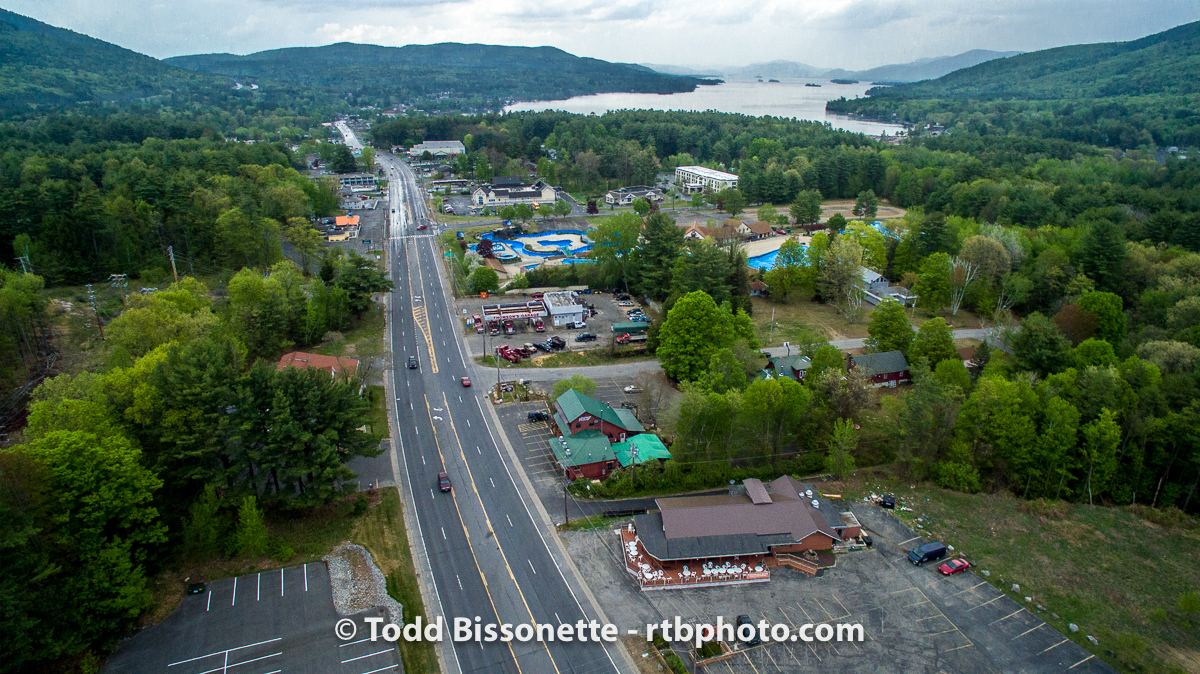 The work to transform this section of the corridor, much used by tourists, will cost about $7 million, resulting in improved safety and better features for pedestrians, bicyclists and others.

The town of Lake George is close to breaking
ground on its long-awaited, $7 million project
to transform the Route 9 corridor from Exit
21 of the Northway to the village line into a
pedestrian-friendly roadway.

Keith Oborne, director of the town Department
of Planning and Zoning, said funding for
the Lake George Gateway project is in place
from the town, state and federal government,
but the state comptroller has yet to officially
award the project to a contractor.

The low bid, from Queensbury-based Cutting
Edge Group, came in at $6.7 million–about $1
million less than the consultant hired by the
town had estimated, Oborne said.
“Usually when there is a discrepancy like
that there is a time lag to make sure the applicant
had vetted everything out correctly,”
he said.
He said once the bid is officially awarded,
there will be a pre-construction meeting to set a work schedule, and “shortly after that we
should be off and running.”

Oborne expects the project to take two to
two-and-a-half years to complete, primarily
because of the need to stop work on Fridays,
Saturdays and Sundays between Memorial Day
and Labor Day–prime tourism periods–as
well as around specific events such as Americade
and the National Car Show, so as not to
impede tourism.

“Commerce trumps everything,” he said.
The idea of the Gateway Project is that the
0.9-mile stretch of Route 9 between Exit 21
and West Brook Road should accommodate
users of all ages and abilities, with access by
pedestrians, bicyclists, snowmobilers, and mass
transit riders as well as motorists. It uses the
“complete street” model, which integrates
various design elements to control access and
speed, thereby improving safety and making
use of the road a better experience for all.

The transformation will officially start at
the intersection of Routes 9 and 9N, with
green space on both sides of the road, although
Oborne said walkways will be extended a few
hundred yards south of the intersection. Route
9 will become a curbed street with sidewalks
installed along both sides. The sidewalks will be
separated from the road by landscaped areas,
featuring trees and shrubs native to the region.
Boulevard-style medians, also with trees,
will be placed at strategic locations along Route
9 to reduce traffic speed, control left turns and
enhance the corridor’s visual appeal.

There will be several new pedestrian
crosswalks, including at least two with traffic
signals–one connecting Tandoori Grill and
Barnsider BBQ with Pirate’s Cove Miniature
Golf Course, and the other at Lake George
Battlefield Park.

Other planned improvements include the
adoption of period lighting, enhanced signage,
green infrastructure measures to address the
impact of storm water, and a link to the Warren
County Bike Trail.

As a result of the changes, Lake George’s
walkable business district will nearly double
in size, said Oborne.

The project, which has been planned for
about five years, was designated a Strategic
Transportation Program (STEP) project by
the state Department of Transportation in
September 2013.

It will therefore be financed primarily
through a $7.5 million grant administered by
the DOT. The project also received $1.1 million
in federal funds provided under the Federal
Highway Administration’s Transportation Enhancement
Program (TEP), also administered
in the state by the DOT.

“Those funds have been fully vetted and fully
provided for,” Oborne said. “I don’t know why
we’re so lucky, but we’re lucky.”

The town’s expenditure will be up to, but not
exceed, $359,000 in cash or in-kind services.
In mid-March, the town approved the issuance
of $1 million in serial bonds or bond anticipation
notes to cover reimbursable construction
expenses it must pay up front.