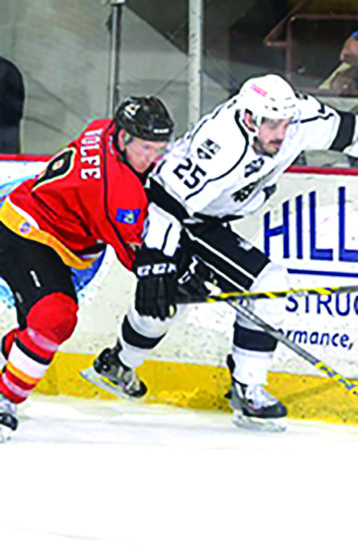 The Adirondack Thunder will play the Manchester Monarchs in the playoffs.

The Adirondack Thunder have made the ECHL playoffs and began postseason play on April 13.

The Thunder is playing the Manchester Monarchs in a best-of-seven series. It is the first playoff hockey at the Glens Falls Civic Center since 2006, when the Adirondack Frostbite of the UHL made the playoffs in their final season of existence.

The Thunder and Monarchs are playing a best of seven series in a 2-2-1-1-1 format. The Thunder began on the road with two games at the Verizon Wireless Arena in Manchester on April 13 and April 15.

Playoff seating will be one price for all sections, starting at $17 for adults and $13 for youth for round one, matching the advance sale individual ticket price for the 2016-17 season.