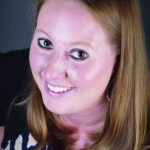 DeKleine has 12 years of outside sales experience. Her outside activities

DeKleine’s activites with NEPROMO in the promotional products industry will include helping businesses find solutions to promote and grow their business.

The Adirondack Thunder, announced that Pete Dineen has been named associate coach for the upcoming season.

Dineen, 57, has extensive experience in the hockey industry after being drafted by the Philadelphia Flyers in the 1980 NHL entry draft. He played professionally for 11 seasons throughout the AHL, IHL and NHL, highlighted by a Calder Cup championship as a member of the Adirondack Red Wings in 1989.

The Ottawa, Ontario, native was also in charge of the International Hockey League’s Houston Aeros expansion team for three seasons from 1994-1996. Dineen was responsible for assembling the expansion franchise, making roster decisions including free agents and trades and putting together a full coaching staff.