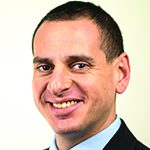 Glens Falls National Bank and Trust Co. announced the promotion of Adam Horowitz to assistant vice president in the Wealth Management Division.
The bank also announced the addition of Leslie D’Angelico as vice president on its Business Development team.
Horowitz evaluates, designs and oversees all aspects of portfolio construction for individual, corporate and not-for-profit plans. He serves the same role for Saratoga National Bank and Trust Co., part of the Arrow family of companies. He is also co-manager of the North Country Equity Growth and Intermediate Bond Funds.
He joined Glens Falls National Bank in 2018 as an investment professional. He brought with him more than 14 years of portfolio management and client relationship experience.
Horowitz earned a bachelor’s degree and a master’s degree in business administration from SUNY Albany. Active in the community, he is a volunteer firefighter with the Malta Ridge Volunteer Fire Company. 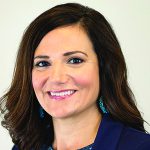 D’Angelico will develop and strengthen customer relationships and offer tailored financial services solutions. She has more than 25 years of financial industry experience, and she previously served as the bank’s Queensbury regional manager.
She currently lives in Queensbury and is active in the community. She is vice chair of the Adirondack Regional Chamber of Commerce. She also serves on the boards of the Tri-County United Way and the Queensbury Community Scholarship Association.

Bond, Schoeneck & King announced that Michael D. Billok of the firm’s Saratoga Springs office was recognized in the 2019 New York Super Lawyers Upstate Edition in the category of Employment and Labor.
Billok regularly represents employers in state and federal court, defending against actions alleging violations of employment laws such as the Americans with Disabilities Act (ADA), Age Discrimination in Employment Act (ADEA), Title VII of the Civil Rights Act, including class actions, as well as collective and class actions under the Fair Labor Standards Act (FLSA) and New York Labor Law (NYLL).
Super Lawyers magazine lists New York’s top lawyers who have been chosen by their peers and through the independent research of Law & Politics magazine. Law & Politics, which performs the polling, research and selection of attorneys to be included in Super Lawyers magazine, identifies lawyers who have attained a high degree of peer recognition and professional achievement.

Blue Flame Gas Co., a family owned propane gas provider for over 70 years in the region, recently hired Mike Ristau as its business development manager.
He brings to them many years of sales and marketing experience. Ristau will be in charge of building stronger brand awareness for the company along with keeping great relations with their large customer base.
Blue Flame Gas has four locations serving the area including Hoosick Falls, Gloversville, South Glens Falls and Londonderry, Vt. 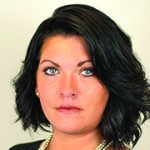 Kimberly Leon of Glens Falls was named director of specialty practices for the Saratoga Hospital Medical Group.
In this role, she will assume operational oversight for the medical and surgical specialty practices and will work closely with all members of the medical group’s administrative team.
Prior to joining the hospital, Leon was the compliance and risk officer/privacy officer at New York Oncology Hematology–Cancer Center in Clifton Park. Her responsibilities included managing all audits throughout the organization including billing, compliance, legal and privacy preventions, as well as working closely with providers in staying compliant with documentation, coding, legal requirements, and medical record requests.
Leon held leadership positions with Quad Medical and Upstate University Hospital and was the Chief Operations Officer for a large Radiology Group in Central New York. Leon holds a Master of Science degree in healthcare administration.

Whiteman Osterman & Hanna LLP has welcomed Katherine Herlihy of Queensbury back to the firm as a partner.
Herlihy rejoins Whiteman Osterman & Hanna after serving as general counsel for three years at the Life Insurance Council of New York (LICONY). Prior to joining LICONY, she was an associate at Whiteman Osterman & Hanna from 2008 to 2016.
Herlihy concentrates her practice in all facets of government relations representation and represents clients in legislative and regulatory matters before the State Legislature and Executive Chamber, as well as various state agencies including the Department of Financial Services, Department of Health, State Education Department, Department of Environmental Conservation, Workers Compensation Board, and State Liquor Authority.
She also advises clients on campaign finance and lobbying law compliance.
Herlihy earned her Juris Doctor from Fordham University School of Law. Prior to law school, she graduated cum laude from Amherst College. She is admitted to practice in New York and the U.S. District Court, Northern District of New York, and is a member of the New York State Bar Association, the Adirondack Women’s Bar Association and the Warren County Bar Association.
Herlihy is also a member of the Board of Trustees of the Glens Falls Hospital Foundation.

Eileen M. Angelini is the new associate dean of SUNY Empire State College’s School for Graduate Studies.
Angelini joins the college from East Carolina University, where she was the David and Julian and Virginia Suther Whichard distinguished visiting professor in the humanities.
She will lead the academic operations of the School for Graduate Studies. Her responsibilities will include oversight of faculty recruitment, professional development, and review; academic program review and accreditation, and participation in strategic initiatives and budget planning.
She previously served as professor and chair of the Department of Modern Languages, Literatures, and Cultures at Canisius College; as associate professor and director of the Foreign Language Program at Philadelphia University; and on the faculty at Université Lumière Lyon 2 and Université Jean Moulin Lyon 3.
She holds a Doctorate and Master of Arts in French studies, both from Brown University, and a Bachelor of Arts in French from Middlebury College. She is both a Fulbright Scholar and a Chevalier dans l’Ordre des Palmes Académiques.

Upstate Agency in South Glens Falls announced that Valerie Childs has been promoted to commercial risk advisor in the agency’s Commercial Property and Casualty Division.
The group also Upstate Agency announced two promotions in the Employee Benefits Division. Shelly Marcantonio is now employee benefits practice leader and Holly Lewis has been named manager of TPA and COBRA Administrator.
Childs will manage risk advisement and business development for large commercial insurance accounts and help educate clients on their coverage options. She joined Upstate in 2017 as a senior commercial account manager, bringing with her more than 40 years of insurance industry experience.
She volunteers for the Ronald McDonald House, the National Canine Cancer Foundation and various local animal shelters. She was recently appointed to the ARCC Leadership Adirondack program.
Marcantonio will lead the strategic growth of the employee benefits division and drive the ongoing expansion of services to ensure clients receive the most comprehensive options. She joined Upstate in 2016 as manager of operations with more than 15 years of experience in employee benefits and the health insurance industry.
She has a bachelor’s degree from Siena College and is a 2013 graduate of Leadership Tech Valley.
Lewis will oversee day-to-day management and administration of TPA and COBRA services, ensuring quality and efficient service with an oversight on compliance.
Lewis joined Upstate in 2017 with more than 13 years of experience as an office manager and insurance representative.