“I think this is an exciting time in health care and a really great opportunity for us to redesign our care delivery,” he said in an interview about the organization’s telehealth program, which expanded rapidly to accommodate COVID-19 concerns and social distancing guidelines.

“I think we’re just at the tip of the iceberg with how we can get creative with this.”

Hudson Headwaters Community Relations Manager Jane Hooper said the network was planning to introduce telehealth this year over a number of months, but the pandemic dramatically upped that timeline.

Gallagher joined Hudson Headwaters March 2, and just days later telehealth became the main focus of his work as the organization had to start addressing how to minimize COVID-19 exposure for patients and providers.

The New York State Builders Association has gone on record to ask the state to allow construction to resume right away—statewide—rather than wait for the proposed phased approach by region that the governor has outlined.

Lewis Dubuque, association executive vice president, said in a May 4 statement that homebuilders “have a limited time-frame based on the weather to undertake construction of residential housing. It is critical for the building industry to get back to work to capture as much of the remaining construction season as possible,” according to the statement.

“Residential construction companies that reside in areas that border other states further risk losing valuable subcontractors who may search for employment in Pennsylvania, Connecticut, New Jersey and Ohio where construction is currently ramping up,” he said.

In late April, Gov. Andrew M. Cuomo outlined a phased plan to re-open New York and re-imagine a new normal for the state starting with construction and manufacturing. He said the plan will be based on regional analysis and determinations. Based on CDC recommendations, once a region experiences a 14-day decline in the hospitalization rate they may begin a phased reopening.

With New York state’s businesses “on pause,”  many construction projects came  to a complete halt. Stewart’s Shops are feeling the effects and have  had to freeze several projects in the works.

While the company reports they are still able to open new stores, they have had to scale back on their construction budget,  according to Erica Komoroske, public relations specialist for the company.

“We have had to delay nearly 12 projects and we’ve cut our 2020 construction budget by 40 percent. At this point, we are four to six weeks behind schedule,” said Komoroske.

Komoroske said they have not been able to get the approvals needed in a timely manner, with many municipality offices being closed. This has not only set them back on their time line for beginning projects, but it has also stopped projects already in process.

The state may soon be relaxing its call for stopping construction projects, but municipal approvals are another matter.

Washington-Saratoga-Warren-Hamilton-Essex Board of Cooperative (WSWHE BOCES) was the first to offer the program locally. It is called Southern Adirondack P-TECH.

“We were one of the first 16 cohorts (partnerships) in New York state to receive a seven-year grant to create the program. We received the grant in 2013, and that was a planning year for us. Our first cohort of students started in 2014 and are graduating this year,” said Kim Wegner, lead coordinator for Innovative Programs at WSHWHE BOCES.

“There wasn’t a lot of guidance. It was a thought and idea based off a program that launched in 2009 at a school in Brooklyn. (The state) decided they wanted to expand program across state. There were some guidelines, but we built the program as we moved through it. Where we are today is not where we were six or seven years ago.” 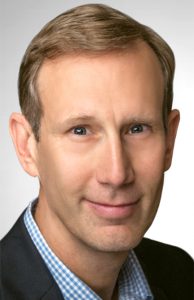 Brian Rollo, a leadership coach and cultural  business strategist, is re-examining his business model in response to the business climate caused by COVID-19 and challenges employers will face.

“I’m always thinking, ‘What is three steps from now? How is this going to change business for me, and for the people I help?’ There are three  key things businesses will need to think about as we move into a new normal,” said Rollo, who does business as Brian Rollo Consulting.

“First, in what way do we bring people back into the office now that we’ve built the infrastructure for them to work remotely. How many and who? Or is it more efficient to allow people to work from home? Do we build a hybrid workforce?” said Rollo.

“Second, there’s going to be real conversations going forward on social distancing and wearing masks. If everyone is back at work, how do we navigate some staff feeling comfortable attending closely-packed meetings when others don’t? What does that look like? What if some people are more comfortable wearing a mask while others are not, and will that become its own source of unintentional bias?”

The Warren County Local Development Corp. has created a loan program to help small businesses recover from economic hardships due to the COVID-19 pandemic.

A total of $200,000 has been allocated for loans of up to $15,000 each with a 4 percent  interest rate. Repayment of a loan must be within four years, with loan payments deferred for the first two months, officials said. There is no prepayment penalty.

• Applicants must be either sole proprietors, independent contractors, self-employed, or an LLC operating within Warren County. They cannot previously have received Payroll Protection Plan or other loans.

• Businesses must have 20 or fewer full/part time employees.

• They must have been in business for at least two years.

The Federal Reserve has expanded its $600 billion Main Street Lending Program to serve much smaller businesses.

The move comes after the Federal Reserve accepted more than 2,200 comments about the proposed lending program from people, businesses and nonprofits. The Fed has yet to set a start date, saying that will be “announced soon.”

The minimum loan amount under the program will now be $500,000 for new loans and priority loans, down from the originally proposed $1 million, opening up the program to smaller businesses. The “expanded” loan type will be a minimum of $10 million, designed for larger businesses.

There will be a new type of “priority loan” in which the Federal Reserve will buy 85 percent of the loan made by a bank, as opposed to the 95 percent the Fed will buy through its Main Street New Loan Facility and Main Street Expanded Loan Facility, announced earlier this month.

The Salvation Army of Greater Glens Falls and the Tri-County United Way conducted a drive-thru food pantry on May 7 the Washington County Fair Grounds.

Statistics provided by the Salvation Army include:

• 37,000 pounds of food was donated by the Regional Food Bank of Northeastern NY

• 4600 boxes of tissues were donated by Irving & Scotties.

It was accomplished by 214 volunteers from the public and 12 agencies who served a combined 974 hours.

After two years of negotiations, the agreement which would have allowed Pioneer Bank to purchase Jaeger & Flynn for $12.75 million has been terminated.

With more than 85 employees working in offices in Clifton Park, Saratoga Springs, and Glens Falls, Jaeger & Flynn is the third largest health insurance broker in the region. They also offer human resources consulting and a variety of other services.

According to Pioneer Bank CEO Tom Amell, it was Jaeger & Flynn President and CEO Thomas Flynn who ultimately made the decision to terminate the agreement.

“His reasoning for it made good business sense,” said Amell. “The decision was made primarily because of COVID-19  unrest. It happened at a time when there was an out clause in the contract. We were so close to getting final touches on it, and then the world changed on us. We mutually agreed to take a deep breath, step back, and make sure our underlying business are strong.”

Blackwood is a board-certified cardiovascular disease specialist at Glens Falls Hospital’s Adirondack Cardiology in Queensbury. He has overseen the congestive heart failure clinic, while also serving as director of cardiovascular rehabilitation. He previously served at Danbury (Connecticut) Hospital and St. Luke’s-Roosevelt Hospital. He earned his undergraduate and medical training at Emory University and Morehouse School of Medicine, respectively.