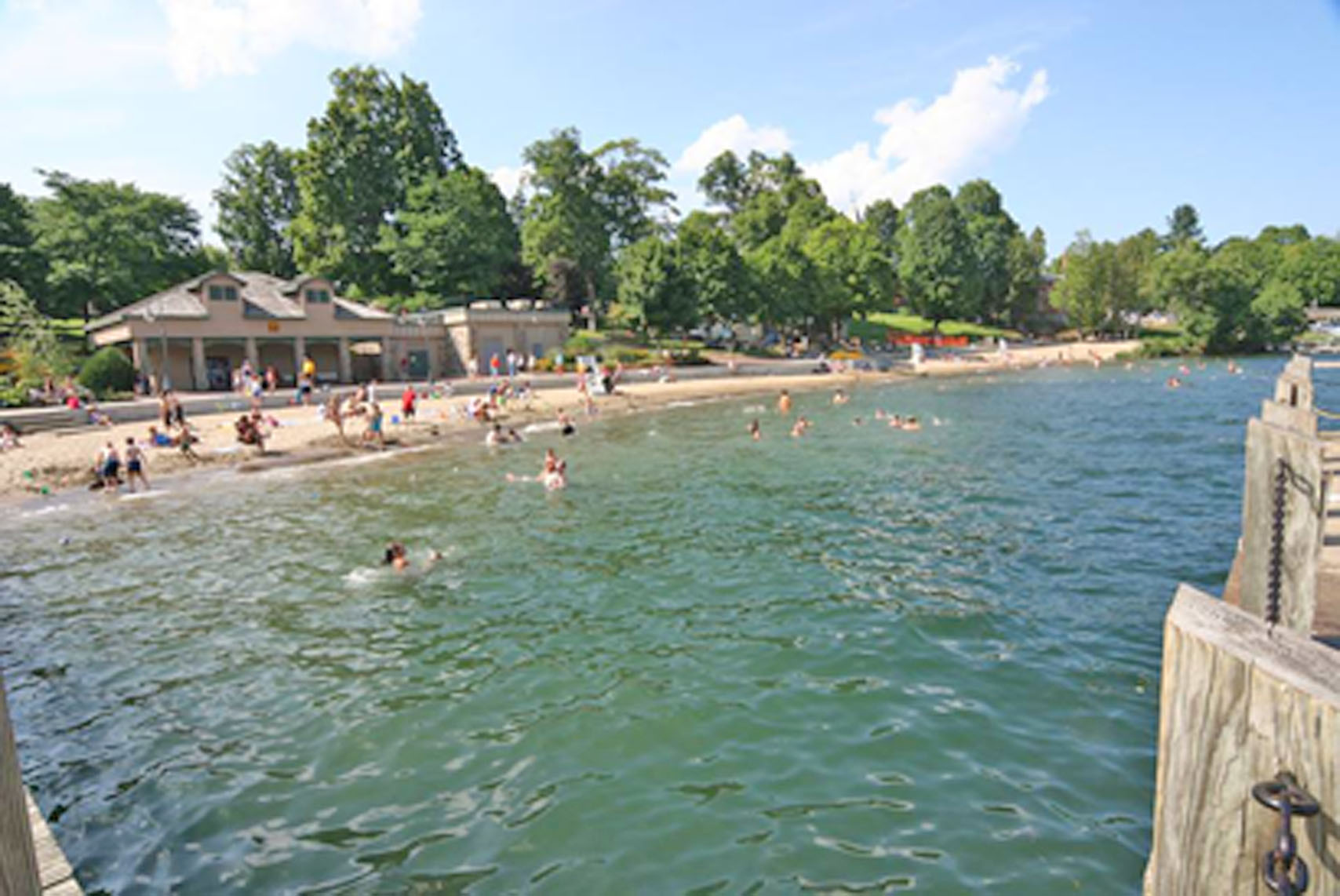 Rensselaer Polytechnic Institute, IBM, and the Fund for Lake George have launched the Jefferson Project at Lake George, a three-year, multi-million dollar collaboration with the goal of understanding and managing complex factors that threaten water quality of the lake.

Those factors include road salt, storm water runoff and invasive species, that, officials said in making the announcement, “threaten one of the world’s most pristine natural ecosystems and an economic cornerstone of the New York tourism industry.”
Officials say Lake George tourism alone accounts for an estimated $450 million of economic activity in Warren County and approximately $1 billion in the surrounding region. The long-term health of the lake is critical to the region and the state’s tourism industry.

The collaboration partners said in a news release they expect that the scientific and technology facility at Lake George will create a new model for predictive preservation and remediation of critical natural systems on Lake George, in New York, and ultimately around the world.

The Jefferson Project, an homage to President Thomas Jefferson’s declaration of Lake George as “without comparison, the most beautiful water I ever saw,” aims to establish one of the world’s most sophisticated lake environmental monitoring and prediction systems giving scientists and the community a real-time picture of the health of the lake, officials said.

Lake George is a headwater lake, meaning it has limited external influences on water quality which contributes to its New York state water quality rating of Class AA-Special, officials said. Lake George is said to be “an ideal body of water to study due to its size and unique ecosystem.”

Approximately 95 percent of the land surrounding Lake George remains as natural forestland, 46 percent of which is “forever wild” state-owned forest preserve. Scientists from Rensselaer have been studying the Lake for 30 years and have noted the emergence of environmental stressors that include rising levels of chlorophyll that threatens water clarity and a threefold increase in salt levels primarily due to road salt applied to roads in the watershed.

The collaboration partners plan to use a combination of advanced data analytics, computing and data visualization techniques, new scientific and experimental methods, 3-D computer modeling and simulation, and historical data expecting to gain an unprecedented scientific understanding of Lake George, the news release said. Also central to the project will be weather modeling and sensor technology similar to those used by IBM around the world at locations including Rio de Janeiro, Ireland’s Galway Bay, and New York’s Hudson River.

The combination of these unique predictive capabilities will enable scientists and the community to prioritize and act before permanent degradation can take place, officials said.

For example, the new monitoring system is expected to give scientists a view for the first time of circulation models in Lake George. These 3-D models could then be used to understand how currents distribute nutrients and contaminants across the 32-mile lake and their correlation to specific stressors, they said. These models could be overlaid with historical and real-time weather data to see the impact of weather and tributary flooding on circulation patterns in Lake George.

IBM officials said they plan to provide hardware, software, and supporting services to help create a new, Smarter Water laboratory and visualization studio at Rensselaer’s Margaret A. and David M. Darrin `40 Fresh Water Institute on Lake George. A team of IBM “smarter water” experts, in partnership Rensselaer and the Fund for Lake George, plan to pair their expertise with this new technology to help local leaders see a real-time picture of the current and future computer modeled conditions, water chemistry, and health of the natural systems.

Local groups could use this data to make informed decisions on the protection of Lake George’s pristine waters and distinct ecosystem.

“Lake George has a lot to teach us, if we look closely,” said Rensselaer President Shirley Ann Jackson. “By expanding Rensselaer’s Darrin Fresh Water Institute with this remarkable new cyberphysical platform of data from sensors and other sources, and with advanced analytics, high performance computing, and web science, we are taking an important step to protect the timeless beauty of Lake George, and we are creating a global model for environmental research and protection of water resources.”

“Through the Jefferson Project, Rensselaer, the Fund for Lake George, and IBM will help advance the state of the science and the practice of water management to create a more precise, actionable and sustainable model that will give us a path forward” said John E. Kelly III, senior vice president and director of IBM Research.

“The still pure water of Lake George is the lifeblood of our economy, but it will take unprecedented commitment to keep it that way,” said Jeffrey M. Killeen, board chairman of the Fund for Lake George. “By shining the light of science on the future of Lake George, this bold collaboration will empower our ability to succeed. It is an historic opportunity to demonstrate just what it will take to protect a priceless natural treasure for future generations. The Fund for Lake George is honored to be playing a role in this vital pursuit.”

Lake George is known for its clear waters with a depth of up to 200 feet. Rich in natural and cultural history, it is 32 miles long and up to 2.5 miles wide, formed nearly 10,000 years ago by melting glaciers.

In collaboration with the Fund, the Darrin Fresh Water Institute has built a comprehensive 30-year database of lake conditions which when paired with new sensor acquired data, advanced analytics, computing, and data visualization technologies, will enable Jefferson Project researchers plan to investigate and address key questions including:

â€¢ What was the pristine state of the lake?

â€¢ What is the impact of salt overloading on the lake?

â€¢ What are the consequences of nutrient loading on algal growth (as measured by chlorophyll levels) in the lake?

â€¢ What remediation strategies for these and other stressors may be effective?

At RPI, this project partners the pioneering experimental methods of student and faculty researchers at the Darrin Fresh Water Institute with students and faculty across campus, including those conducting leading-edge data and analytics research within the university’s Tetherless World Constellation.