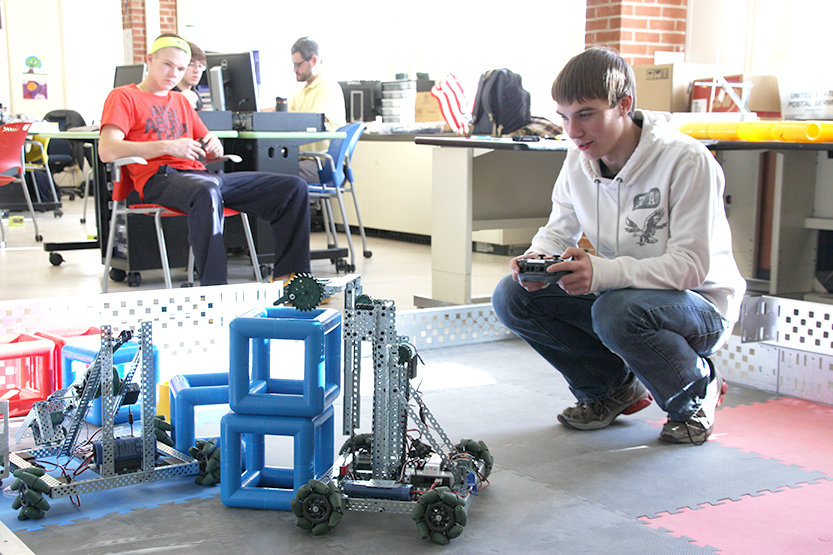 Queensbury was one of only three school
districts across the state to receive NYSSBA’s
annual Be the Change for Kids award this year.

According to NYSSBA, the Be the Change for
Kids initiative highlights successful programs
that are making a difference and setting the stage
for children’s future successes in college, career,
community, and as citizens.
Introduced in September 2014, the innovation
space began as a “technological sandbox” where
students could spend study halls, free periods or
lunches pursuing solutions to real-life problems.

Initially funded by a state Performance
Improvement Grant, this unique lab space gives
students access to 3D printing, 3D digitizing,
music production, hardware and software,
computers, and a large selection of other tools
and equipment to help them solve engineering
and design problems.

“Queensbury students will graduate into
a world where success often depends on
STEM-oriented skills such as critical thinking,
inquiry, creativity and problem-solving,” said
Superintendent of Schools Dr. Douglas W. Huntley.

“Job openings in science and tech fields are
projected to grow by nearly 20 percent by 2018
– nearly double the rate of growth in non-STEM
occupations. Meeting this challenge requires that
we encourage students in self-directed learning,
and our innovation space is full of exciting new
projects leading the way.”

Altogether, more than 100 projects were
created in the lab during the 2014-15 school
year including a portable ski sharpener, a hydropowered
calculator, a jet engine turbine that runs
on compressed air and more.

The high level of student interest and
participation in the innovation space prompted
administrators to expand the depth and breadth
of the program for the 2015-16 school year. In
addition to remaining available to all high school
students on a walk-in basis, an innovation class
has been added as an elective.