West Mountain ski center off of Northway Exit 18 has sprung into a new season with renovations and additions to offer skiers new options.
New chairlifts, expanded terrain, 100 percent snowmaking capabilities, learn-to-lessons, after-school programs, tubing, night skiing and an up-and-coming alpine racing program are all part of West Mountain, where Spencer Montgomery, co-owner and managing member, has developed a place for family fun.
With 31 trails and five lifts, skiers and riders of all abilities come to West Mountain. Improvements include a new “Apex” triple chairlift on the Northwest side, 15 tower snow guns that round out the completion of the snowmaking capabilities, and a five-acre Tree-Top Aerial Adventure Park.
In addition to the updates on the mountain, a brand new West Express Cafe will be open on the first floor of the main lodge this season offering more healthy food options. Skiers and riders also have the option of experiencing the mountain under the lights with night skiing.

Dana Drosdick recently joined Mannix Marketing, Inc. as a digital advertising project manager.
In her new role, she will assist the director of sales with contract processing, giveaway management, display advertising coordination, trade and sponsorship, and any other necessary projects.
Drosdick began her career at Mannix three summers ago as an intern, and she has been coming back ever since. A recent college graduate from Calvin University, she previously interned with Grandville Calvin Christian Schools, where she managed website updates, developed a consistent social media calendar, designed promotional materials, and created fundraising campaigns.
She also worked as Calvin University’s social media manager, where she managed a team of student employees and the University’s brand across Instagram, Facebook, Twitter, and YouTube. 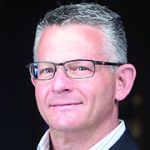 The Double H Ranch announced the appointment of three new members of its board of directors, all local business people.
Joining the board are Russell Teplitzky, general manager of DeCrescente Distributing Co. in Mechanicville; Sheri Lyons of AYCO in Saratoga Springs and Collen Carter, chief marketing officer at Fingerpaint in Saratoga Springs.
Teplitzky earned his bachelor’s degree in marketing from Stockton State College. With 32 years of industry experience, he has played a key role in DeCrescente’s overall sales, strategic growth and engaging corporate culture.

The hotel previously known as the Copperfield Inn Resort in North Creek has sold for $1 million.

The sale was completed Dec. 6. The Inn will be renamed the Phoenix Inn Resort and will undergo renovations.

Diana Esplaza purchased the property from Copperfield Inn LLC as the inn’s managing partner, Michael Ellis, transitions into retirement, according to Mitch Muroff of Muroff Daigle Hospitality Group which handled the sale.

Esplaza is originally from Columbia, with 25 years in the catering industry. She currently operates a catering hall in New York City.

Said Muroff of Esplaza, “She has been in the food and beverage business for a long time, operating her own catering businesses in New York City for years. She’s been looking to get into a hotel for about a year now.”

A new beauty salon has opened at 125 Main St. in South Glens Falls.

Danielle Kresge began taking clients in August and had a soft opening on Sept. 7.

“It’s something I’ve wanted to do my whole life, since I was a kid,” said Kresge. “My aunt had a salon and I grew up around that environment. I always had a fascination with hair. I went to beauty school right after high school, and have been doing it ever since.”

Kresge has been in the industry for nine years, most recently working at a salon in Saratoga Springs.

“I knew I wanted to do my own thing and create my own environment, where clients could feel relaxed. I wanted to create a space where I could give each client individual attention and care,” said Kresge. “I want a calm and relaxing atmosphere.”

Kresge moved to the area in 2018 from Florida, to be close to family. She is originally from Scranton, Pa., and currently lives in Glens Falls.

The Warren County Historical Society has officially opened a museum with a new display, “Warren County 360: Celebrating Place and People,” at its headquarters, 50 Gurney Lane, Queensbury.
The exhibit, a product of two years of research and design, depicts the evolution of Warren County through the lens of cultural geography, showing how the natural resources of the region led to the development of its economy and society.
The display was made possible through the financial support of the Warren County Board of Supervisors, the Town of Queensbury, the Champlain Valley National Heritage Partnership, the Touba Family Foundation, NBT Bank, Hank’s Quality Flooring, Steve Bascom of Edward Jones, and several members of the society’s board of trustees.
An exhibit of Warren County postal history from 1813 to 1920, curated by Trustee Stephen Matte of Queensbury, is on display in an adjoining gallery.

By Andrea Palmer
Major music and entertainment venues these days must come up with creative ways to meet their annual budgets, stay afloat and remain a vibrant segment of the community.

They investigate many funding sources, and among them is working with corporations, offering them ticket, benefit and advertising packages that are a boon for both the companies involved and venues like Saratoga Performing Arts Center and in Saratoga Springs and Cool Insuring Arena.

Live Nation is an events promoter based in California, but with an office in Saratoga Springs. They book many of the major touring rock and country acts, from classic legend bands to newer popular groups. With SPAC being one of the largest local venues, they have an ongoing relationship.

For many companies in the region, sponsoring an event at SPAC gives them the exposure to the community at large.
“A lot of businesses are using us for client entertainment and employee entertainment. They buy box seats, and our box seats come with VIP parking and VIP access. There are many extra perks with the box seats,” said Perez.

Angel Isaac has opened up a larger, expanded location of The Pretty Hot Mess at 152 Warren St. in Glens Falls.

Previously a nurse practitioner, Isaac said she felt pressure when she was in that field to overprescribe pharmaceutical remedies without a holistic approach.

“I felt the industry was pushing practitioners to write prescriptions for no good reason. The focus became about volume and money, not about helping people. I didn’t align with that, ethically,” said Isaac.

She left the nurse practitioner profession in 2015 and opened an online clothing boutique. She made essential oil blends on the side.

In the era of full employment, we will have trouble filling seats. All of my clients, and everyone I speak to cannot fill all of their jobs. Newspaper is not working. Job boards are not working.  What can you do?  Here are a few ideas.

Address what you are looking for. Do you really need that degree? Examine why. You may not need it. There are lots of good people out there who want to learn new skills. Getting people with experience is a challenge. Consider whether or not your crew leaders and managers can train those people. Look for traits that will make them successful and ask the right questions.

The Adirondack Thunder has made the ECHL playoffs for the third year in a row and the team has announced the schedule for Round 1 of the 2019 Kelly Cup Playoffs.

The playoffs, presented by SmileDirectClub, will begin on Friday, April 12, at Cool Insuring Arena in downtown Glens Falls. Adirondack will take on the Manchester Monarchs in Round 1 as the Thunder finished in second place in the ECHL’s North Division while the Monarchs came in directly behind them in third.

The Thunder and Monarchs will play a best of seven series in a 2-3-2 format, beginning with Games 1 and 2 at Cool Insuring Arena on Friday, April 12 and Saturday, April 13, with both games dropping the puck at 7 p.m. The series will then shift to SNHU Arena in New Hampshire for Games 3, 4 and 5, occurringon April 17, 19 and 20.

All entrepreneurs share one secret.  Whether you have just started your company — or are running one you started a while ago.  The secret is in the mantra, ‘Succeed Anyway”.

They understand that we all live in an imperfect world.  And, that life is not fair.  They may not even have a clear picture of their goal. Yet, they keep moving forward. That separates them from the pack.

The entrepreneur does the Strengths, Weaknesses, Opportunities and Threats (SWOT) analysis.  Their focus is on two aspects. Strengths and opportunities.  Not their weaknesses, they merely want to be aware of them and mitigate them. Not the threats. They cannot do much about threats.